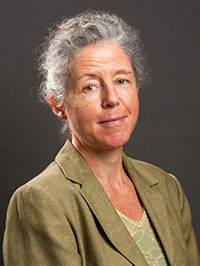 Director of the GDD program, Dr. Bertozzi is a game designer and developer who works with teams of physicians, scientists, artists and programmers to make games that help people help themselves. She is a professor of game design and development at Quinnipiac University with a research interest in the intersections of gender, technology, and sexuality. Please see Ardea Arts for information about previously published games, research, and other materials. 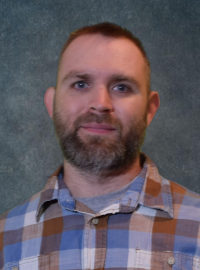 Chris Blake is a game developer who has focuses on programming interactive and educational experiences on a variety of platforms. He has developed games for Mind Trust Labs and Solitonz Games. In 2017, the My Future Family Game that Chris helped build was deployed in Karnataka, India. This game focused on educating children from urban and rural school systems about family planning and birth control methods, the results of the deployment can be found on the Gates Open Research platform. 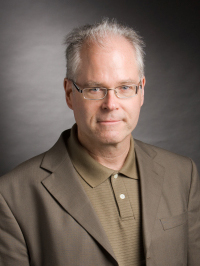 Greg Garvey is the founder and first Director of the Game Design & Development Program at Quinnipiac University. He creates playful interactive installations and has exhibited at Odetta Gallery, Harvest Works and Pratt Manhattan Gallery in New York; at the Landesmuseum in Linz, Austria; the Victoria and Albert Museum in London; Tech Fest in Mumbai, India and elsewhere. He started in the games industry at Parker Brothers and later Spinnaker Software developing mass-market entertainment games and educational games. He has held previous appointments as the Chair of Visual & Performing Arts and Visiting Fellow in the Arts at Quinnipiac; as an Associate Artist of the Digital Media Center for the Arts at Yale University and Chair of the Department of Design Art at Concordia University in Montréal. After finishing his graduate work at MIT he held the appointment as Fellow at the Center for Advanced Visual Studies (CAVS) at MIT. 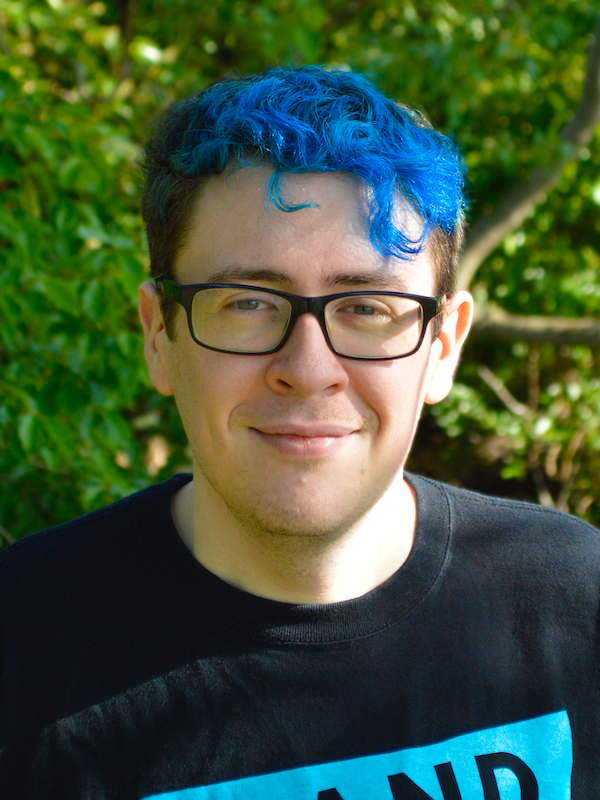 Jeff Penny is a composer and sound designer working in game audio. With a deep passion for interactive audio experiences, he strives to make every project one that will resonate with the player. Thanks to his love of storytelling through sound and attention to detail, he has had the immense fortune of working with many incredible teams, both through audio and game development. He has contributed work to projects such as Just Cause 4, Second Extinction, Trek to Yomi and many more.

Jeff also loves arranging, recording and producing covers of some of his favorite music, ranging in numerous genres and styles. Over the years, his arrangements have received honors such as a Game Audio Network Guild Award, being selected for Videri String Quartet’s Quarentets competition, and Jason Graves’ Home to Me Remix competition. 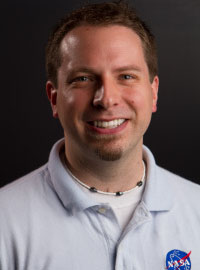 Dave teaches Game Design and Entrepreneurship and has a long history of working with tabletop role-playing games and board games. He's helped write and edit books for settings ranging from Pathfinder (a branch off of Dungeons & Dragons), to Kazei 5 (a sci-fi anime system using the GURPS core mechanics). He's also helped in the development of a variety of board games. He is publishing his first board game, Catharsis, the summer of 2019, a cooperative game where the players are heroes fighting against the nightmares spawned by an imprisoned god as part of his company, Red Wizard Gaming. Dave is also working with Zach Kohlberg (from Computer Science) and two other friends on Cadunt, Latin for "they fall," a strategic board game where players try to trap their opponents by removing pieces of the board as they move their pawn. Dave loves board games and puzzles, and is leading the creation of the puzzle hunt for Gen Con this year (a board game convention with 65,000-80,000 attendees) with his brother and a few friends.

Jonah is a creative technologist, game designer, and educator who specializes in the design and creation of playful interactive systems. He has developed a posture recognition system for a robotic sculpture, created award winning video games, and designed installations shown in exhibitions around the world. Prior to Quinnipiac, he co-founded Feedtank, a interactive studio that created games, apps, and installations for brands such as Sesame Street, Adidas, and the NCAA. His installations have been featured in WIRED Magazine, Adobe Magazine, and on the Discovery Channel. His games have been shown at GDC, E3, and EGX Rezzed. Recently, he has been creating local multiplayer games about unconventional topics like word usage (Word After Word—which won best multiplayer award at the A Maze festival) and painting (Sloppy Forgeries—which won best in show at Miami @ Play). Read more about Jonah and Sloppy Forgeries in Quinnipiac Magazine (p. 18). 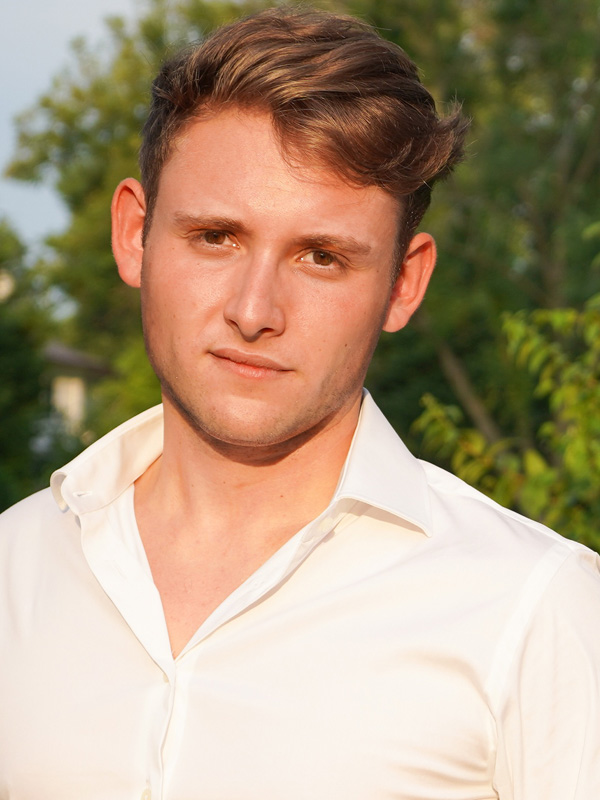 Jack Wesson is an award-winning XR Designer, technical artist, and improvisational actor. After founding and serving as the Director of the Yale University Student Immersive Media Collective, Jack currently sits as an alumni mentor for the Yale Blended Reality program, and advised on applications of mixed reality at the Yale schools of Drama & Medicine. His work while at Yale was covered in YaleNews. He is a published researcher in IEEE's Games, Entertainment, and Media conference, as well as a published author in EDUCAUSE. During his time as the VP of Engineering for a Fitness-Tech startup, Jack spearheaded an XR arm of the company and led a presentation at CES 2020 in Las Vegas.

Jack Wesson left the company to study at Carnegie Mellon’s Entertainment Technology Center, where he received his Masters of Entertainment Technology where he worked on four major projects. Telepathway, a Machine Learning 3D visualization tool in collaboration with Google; Lyraflo, which aims to use VR to teach music theory interactively to musical amateurs; VESP, a VR based extended sensory palate working with the Pittsburgh Zoo/Aquarium that allows humans to see through eyes, ears, feet, and other sensory organs of various animals to see their otherwise invisible perceptions of the natural world; and Temporal, a real-time rendered short film created in Unreal. 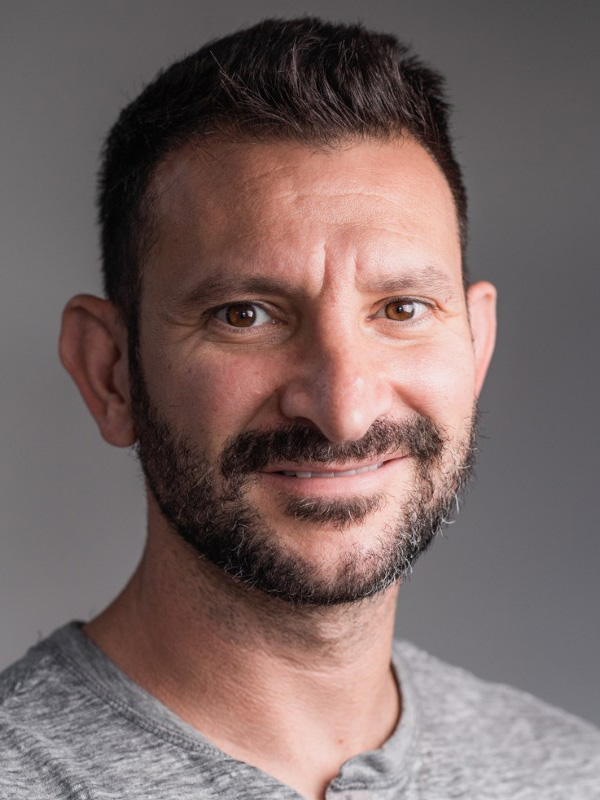 Peter Zoppi is a character artist with over 15 years of experience in AAA gaming and education. He's worked at Treyarch on the Call of Duty: Black Ops franchise since 2008. He's also a teacher with CG Master Academy and a mentor with The Mentor Coalition. Peter is passionate about character creation and rendering workflows with Maya and Arnold.